K STREETERS OPEN THEIR WALLETS FOR POTENTIAL WAYS AND MEANS CHAIRS: Friday’s quarterly campaign finance filing deadline offered the first chance to see where K Street’s money is going as it pertains to gaming out the race for the highly coveted House Ways and Means gavel among Republicans, should the party fulfill expectations of retaking control of the chamber in November’s midterms.

— Reps. Vern Buchanan (R-Fla.), Adrian Smith (R-Neb.) and Jason Smith (R-Mo.) have all thrown their hats in the ring to replace retiring Rep. Kevin Brady (R-Texas) as the top Republican on the powerful committee, which oversees issues including taxes, trade, Social Security and some Medicare spending.

— Buchanan, who has seniority over the Smiths on the panel and is seen as the frontrunner, hauled in a record $1.1 million in the first three months of the year, filings show, compared to $439,000 during the same period in 2020. The haul included contributions from more than three dozen registered lobbyists looking to get — or stay — in Buchanan’s good graces.

— Dwayne Bolton, a GOP lobbyist at the mostly Democratic firm TheGROUP D.C., also gave to Buchanan last month, while Visa’s Kathleen Black contributed $500 in February, one of just a few corporate lobbyists to donate in their personal capacity, though there was no shortage of support from corporate PACs, either.

— Though Adrian Smith brought in around a third of what Buchanan raised last quarter, he still saw contributions from a number of K Streeters, according to his filing. That includes from six different lobbyists from the tax lobbying firm Capitol Tax Partners. S-3 Group’s Marty Reiser and Martin Delgado both gave to Smith, as well, along with Steve Stombres of Harbinger Strategies, Lee Terry of Lee Terry Consulting, Joel White of Horizon Government Affairs, Susan Hirschmann of William & Jensen and Stephen Francis of EY.

— Jason Smith, who skipped out on a Senate bid to run for the Ways and Means gavel, reported raising just over half a million dollars last quarter, and also saw a decent influx of cash from K Street, including from a hometown lobbying firm, Husch Blackwell Strategies, its chief executive, Gregg Hartley, and its COO, Andy Blunt. Though no registered lobbyists maxed out their contributions to Smith, several executives of Ryan LLC, a Dallas-based tax consultancy that advocates for lower taxes, did. Two dozen of the firm’s employees in total donated to Smith, the most of any one firm. Only Buchanan also received contributions from Ryan executives.

Good afternoon and welcome to PI. The Hill may be quiet this week, but that doesn’t mean you should be. Send tips: [email protected]. And be sure to follow me on Twitter: @caitlinoprysko.

Meet Speak4 – the tool that takes the pain out of digital advocacy. Learn more.

— “Peltz, who is a co-founder of investment fund Trian Partners, hosted Manchin along with at least 50 executives for a lunch aimed at raising funds for the West Virginia lawmaker’s reelection campaign, according to someone who attended the event. They declined to be named in order to discuss the private event.”

— “Blackstone CEO Steve Schwarzman, along with Home Depot co-founders Ken Langone and Bernard Marcus, who generally support Republicans, were among executives at the fundraiser, according to the person who attended the event. Longtime investor Leon Cooperman, who has contributed to those on both sides of the aisle, was also at the lunch. … Over a lunch choice of chicken or fish, Manchin told the crowd of donors that he plans to run for reelection in 2024, according to the attendee. Manchin has previously said that he’ll make a decision about running for reelection after the 2022 midterm elections.”

NOT EVERYONE’S DITCHING SANCTIONED RUSSIA CLIENTS: “Following Russia’s invasion of Ukraine, a host of lobbyists and law firms cut their ties with business entities tied to the Kremlin. But nearly two months into the war, some lawyers are still on the Russian payroll, helping entities navigate the sanctions put in place because of the war,” POLITICO’s Hailey Fuchs reports.

— “Erich Ferrari, a leading sanctions lawyer based in Washington, said he has seen an influx of clients impacted by the US government’s response to the war in Ukraine. In an interview, he said that he had taken new work for Russian individuals and corporations recently sanctioned by the Biden administration. His work, he maintains, is entirely legal and not subject to public disclosure under the Foreign Agents Registration Act.”

— “Some lawyers moved to cut ties with their Russian clients in the wake of the invasion. Sidley Austin terminated its relationship with VTB Group after it was hit with U.S. sanctions, and lawyers at White & Case and Debevoise & Plimpton moved to withdraw their representation of Sberbank, which was sanctioned too.”

— “But others are still at it. Latham & Watkins continues to represent VTB Bank in a federal case out of New York in which the Russian bank is listed as a co-defendant, according to a court records database. … Additionally, two other law firms, DLA Piper and Norton Rose Fulbright, are still registered to represent Rosneft, a Russian state-controlled oil company. The case in which Rosneft is represented by a DLA Piper attorney is currently stayed. The U.S. has banned the import of Russian oil and sanctioned Rosneft’s chief executive officer Igor Ivanovich Sechin.”

— “It’s unclear if other attorneys are continuing to work for those connected to the Russian state because they’re not required to disclose it,” thanks to FARA’s legal exemption, which “is triggered once a person, qualified to practice law, engages or agrees to engage in the legal representation of a disclosed foreign principal before any court or agency of the Government of the United States,” according to the Justice Department.

ANNALS OF CAMPAIGN FINANCE: “The Federal Election Commission signaled Friday that it will take steps to uncover some types of virtually untraceable donations to super PACs, a potentially significant shift in the enforcement of campaign finance law,” our Zach Montellaro reports.

— “The move came as the FEC released documents resolving a complaint about a pair of 2018 donations to DefendArizona, a super PAC that supported then-Rep. Martha McSally’s (R-Ariz.) Senate bid. … Straw donations to super PACs run through anonymous LLCs have become increasingly common in recent years, as some wealthy political donors look to shield their contributions from the public by routing them through other entities first. The FEC has been frozen for years on what to do about these donations, effectively blessing them by not policing requirements that would have forced further disclosure.”

— “That all apparently changed Friday. A statement from four of the six commissioners indicated that the agency would now start cracking down on these straw donations, requiring that the LLCs disclose who is actually behind the companies. There are still other avenues for untraceable money to flow into super PACs, but the LLC route has been a major one.” 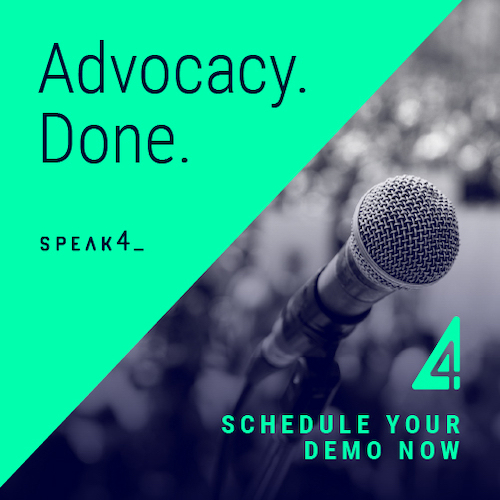 — Ellen Locke is now director of U.S. government relations at MetLife. She most recently was PAC manager at Nationwide.

— Ernie Jolly is now senior vice president for government affairs at Truist Financial. He most recently was chief of staff for Rep. Gregory Meeks (D-N.Y.).

— Connor Larsen is now senior digital strategist at Woolf Strategy. She previously was at DCG Communications.

— Khalilah Harris is now deputy chief of staff at the Office of Personnel Management. She most recently was managing director for K-12 education policy at Center for American Progress and served in the Obama administration at the Education Department and OPM.

— Katie McKeogh is now senior account executive at the PR firm Ehrhardt Group. She most recently was press secretary for Sen. Steve Daines (R-Mont.) and is a Trump HHS alum.

— Reed Howard is joining the Millennial Action Project as senior director of communications, per Playbook. He previously was director of comms at Georgetown’s Institute of Politics and Public Service.